Can You Count on Social Security? 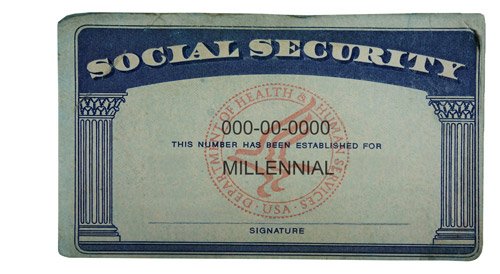 Right now Social Security taxes only bring in enough money to pay for 77% of the benefits paid to retirees each year. The other 23% is coming from the Social Security Trust Fund (money saved up back in years when Social Security taxes brought in more money than the program needed to pay out). The actuaries (really smart math folks) estimate that the trust fund will be out of money by 2034.

What happens next? If Congress doesn’t ever make any adjustments (I think they will someday), Social Security can still pay out about 79% of everyone’s promised benefits. That could be devastating to retired people who have no other source of income to replace these lost benefits. So Congress is likely to means test the program (reduce rich people’s benefits more) and/or reduce young people’s future benefits more.

It’s interesting to note that Social Security’s actuaries do not believe the financial shortfall is due to people living longer. It’s due to slower population growth. People having less children means less future workers will be there to pay into the program.

The good news is that their current projections do not show the shortfall getting significantly worse going forward. With no changes, the program could still pay out 74% of benefits in 2092.

Translation – My fellow Millennials can count on Social Security being there for them, just not 100% of their promised benefits today.